Here is a list of some of my favorite/ most listened to albums released in 2012.
the list is in no particular order and is in no way complete. i am sure i will think of more after posting this….

I’ve added a few honorable mentions at the bottom – albums that maybe didn’t get as many listens as they deserve but I think are pretty freakin awesome.
I will say that the list was created by what came to mind first, so in that way, i guess it is in a certain order, although that may have to do more with what I have been listening to lately compared to earlier in the year.
I’ve been checking out just about anything that PIR▲.MD Records has been releasing and I highly recommend checking them out and supporting them as well as Project Mooncircle. Between the two I can always seem to count on some great music being released.

From Bandcamp Page – After 2 EP’s, FrnzFrnz presents his debut LP “The Best Place In The World”. This LP is a collection of old and new tracks, some of these included in “Kuffe” EP. “The Best Place In The World” is an album influenced by fantasy, weird movies and rare films. The sound of the work is a mixture of electronic hip-hop and jazz. Get ready for a trip into the mind of FrnzFrnz. Much love.

From Bandcamp Page – When listening to “The Branches“ it will stimulate diverse brain areas, creating short movies and stories in your mind’s eye. From Soviet era hand-drawn animated fairy tales in winterly forrest-landscapes to narravites of urban struggle or even classical tales in dark and gloomy basement bars – let the record spin and your mental cinema flow.

This album made it into the radio shows of Mary Anne Hobbs (XFM) as well as Gilles Peterson‘s “All Winners” show on BBC Radio 1, his personal list of favorites of the year 2011, alongside various other highly respected stations across the globe.

For the 2012 winter season we decided to give “The Branches“ a proper repress treatment, not only pressing a new batch for all our listeners that weren’t able to acquire a copy yet but also spicing it up and making it a true collectors item for anyone that already owns a copy.

Therefore, the – now gatefold – artwork / transparent 2LP vinyl version, originally drawn by Bioniq was colourized by Roman Pokrovsky and, besides everything being remastered and including new work from Long Arm himself, we also added a second vinyl with various remixes by on the one hand like-minded artists like Hidden Orchestra, Dday One and 40 Winks, with whom Long Arm also shares artistic relationships and friendships, and on the other hand more genre-overarching and experimental remixes from such acclaimed artists as Robag Wruhme, Sieren, Yoko Duo, Berry Weight, Empt and Speck from CYNE, which will surely make for a unique listening experience.

From Bandcamp Page –“This is an experiment, check check…
I spent a few days alone in a house in Spain with my Akai MPC Sampler and a shit load of samples and made all the music there. I didn’t make any extra chopping or recording, leaving mistakes and weird stuff, cause I wanted the music to be a memorandum to that week.
Close your eyes, open your ears, this is ONE piece of music.
Please don´t listen to the tracks separately!!!

From Pitchfork Review – You could tag a fair amount of what Saginaw’s done here as “pastoral”, too. The quaint melodies and twinkling mechanisms of Lineage suggest a patient, natural beauty, one that fits his production capabilities far better than Full Circle’s stutter-and-swell instrumental hip-hop leanings. There’s very little here that would stand out when removed from the release’s context, the buzzed thrum of “Field Trip” being Lineage’s most out-and-out melodically bold moment. Don’t mistake subtlety for a lack of playfulness, though: “A Child’s Mind”, easily the mini-LP’s highlight, takes a tumbling drum set and transforms it into a coffee-house-clubby shake. In addition to being a producer, Saginaw is a drummer, and “A Child’s Mind” excellently plays to his rhythmic strengths. No one’s going to mistake a track like this for an actual band performing, rather than a glasses-wearing young person playing the role of digital alchemist– but if you close your eyes and expand your imagination just a little, the whole thing almost sounds human.

After an awesome series of free downloads, video and EP, Kaidi Tatham, Akwasi Mensah, Matt Lord and Dego Ranks unleash their debut full length as a collective proving once again why they are called The Dons of the future soul, broken beat world. Having worked together in different configurations dating back to the late 90′s, the quartet bring their unique skills in musicianship, arranging, engineering & production to craft this glorious album of funkiness with influences ranging from 70′s jazz funk, 80′s electro, Brazilian and reggae riddims to futuristic funk. Guest include Eric Lau as well as longtime collaborators Bembe Segue, Nadine Charles and Ferraz.

From Sputnikmusic.com –TOKiMONSTA (aka Jennifer Lee) has established herself as a key player in the left-field hip-hop beat scene. She’s signed to Flying Lotus’ Brainfeeder label, and her beats share an aquatic, off-kilter feel with those of the label’s boss. Philadelphia’s Suzi Analogue is similarly minded, distilling an eclectic set of influences into futuristic R&B a la Erykah Badu.

This eclectic pair is a duo of rank. Their collective background of hip-hop, psych rock, R&B and electronic has blown both minds and speakers alike. By pairing radio accessibility with radical thinking they’ve managed to created a classic with a twist hybrid that landed their very first single, NXT MSG on BBC Radio 1.

Bacanal Intruder – Do While, If Else (self-released through Bandcamp.com) Foxy Digitalis Review

From Bandcamp Page – Asturias, ES-based Luis Solís has composed behind the Bacanal Intruder alias since 2003, slowly and carefully crafting his personal world of sounds. These eleven tracks, his third album, are the perfect measure of his world. Blending organic and electronic elements with acoustic instruments and digital processing he synthesizes a wide musical universe (folk, post-pop, electronic, ambient, toy-pop…) that goes from the saddest melody to an uncontrollable euphoria – from lively, glitchy, upbeat rhythms to calm, dreamy landscapes.

From Sound Color Vibration Review – From The Horizon is one of many unique electronic based albums of 2012, paving an entirely new direction for the ethos of fusion music. Each track has a life of its own, falling everywhere between serene backdrops of a tropical and vibrant Africa along with the futuristic vibe of the modern UK electronic scene. The muscle of east coast hip hop production is felt in many of the songs as well, giving yet another source of influence of Débruits some much needed energy conversion on this record. There are very few artists who can mold together pop music, experimentalism and African music on this level. From The Horizon is possibly one of the greatest achievements with these systems in mind.

From Fact Magazine Interview – “I was totally out of my element, but you have to do these things in life to change and grow, to learn about yourself and to learn about other people as well… I don’t know if I can even work with these [Cuban musicians] because they’re on a totally different level musically, and I feel so inferior, but then you play them something of yours, and it’s not that they feel the same exactly, but they don’t know how you created what you created. So you’re both in an unknown, so to speak.”—Mala, to FACT, on the origin of his debut LP.

From Resident Advisor – Practically every track features a film sample, and this is vital to why the record ends up sounding so evocatively urban. Their prevalence lends the tracks a significant amount of atmosphere, and Vakula does a fine job of creating miniature soundtracks for each. Perhaps a sensible analogy is with how Jim Jarmusch (whose Down By Lawis sampled on the third track) basically created a movie out of Wu-Tang imagery inGhost Dog. Vakula may be mining the same sort of smeared nocturnal ambience and Blaxploitation quotes as Moodymann and Theo Parrish, but his tracks sound both sketchier in structure and more deliberately polished in terms of actual sound than those of his American counterparts.

click this link to listen to the full album 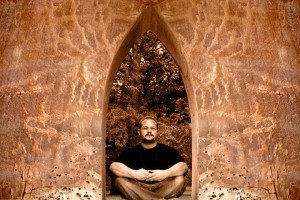